In June 2013 the English Folk Dance and Song Society (EFDSS) launched a huge online digital archive of England’s major manuscript collections from seven major archives, including those of Frank Sidgwick, Cecil Sharp, Ralph Vaughan Williams and many others, made largely possible with a £585,400 grant from the Heritage Lottery Fund.

BBC Radio 6 Music will be celebrating The Full English project this Sunday. In preparation they want you to pick the Ultimate Folk Playlist. Suggest your favourite tracks and they may well be played on this Sunday's episode of Now Playing @6 Music.

You can rummage through all 58,400 of The Full English items – the largest folk music manuscript collection in the world – and rediscover some hidden gems in the form of manuscripts, letters and song sheets.

And indeed that’s exactly what folk singer Fay Hield did. With a grant from the PRS for Music Foundation EFDSS commissioned Fay to write new music and arrangements inspired by the collections that make up The Full English. Along with a team of musicians including former Mercury Prize nominee Seth Lakeman and Radio 2 Folk Award winner Martin Simpson, they recreated some of the tracks which had previously been lost to history. The result is The Full English album – 12-tracks recreated from the archive and recorded to create an album which was released on Monday, and will be toured around England for a fortnight from 19 October.

Now Playing @6Music is an interactive show which demands the audience to help shape the playlist. Presented by Tom Robinson, each week they focus on one of the biggest online music news stories and build a playlist around its central theme. 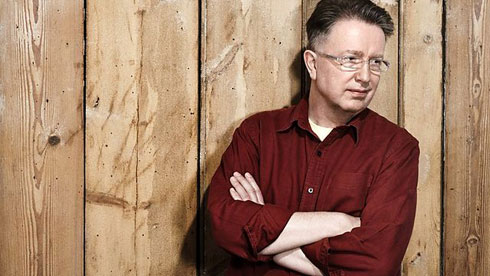 This Sunday 13 October the programme will spotlight The Full English digital archive. Which tracks do you think must be included in the Ultimate Folk Playlist?

You pick the music, so let BBC Radio 6 Music know what you want to hear by leaving a comment on their blog or Facebook page, Tweet #Folk6Music, send an email with your suggestion and reason, or you can add tracks to their collaborative Spotify or Rdio playlists.

The Full English is the biggest project that the English Folk Dance and Song Society (EFDSS) has undertaken since the building of our HQ, Cecil Sharp House, in 1930! It is the creation of the largest searchable digital archive of early 20th century English folk arts manuscripts; a national programme of workshops, lectures, creative projects with 18 schools, training and community events in all nine English regions; and the commission, tour and release a CD of new and newly arranged music inspired by the collections.

A grant of £585,400 from the Heritage Lottery Fund, £11,000 from the National Folk Music Fund, given in memory of former EFDSS President Ursula Vaughan Williams, and support from The Folklore Society has made it possible for the world to see these riches online and for thousands of people in England to get involved in an array of projects, giving these remarkable materials back to the communities from where they were originally collected.
Find out more